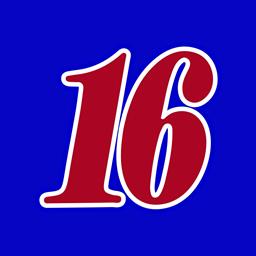 Knoxville Speedway 4-24 recap & adventure
PRE-RACE: Well gang, this week the E&E Motorsports CEO Ryan Hample rode along with us in the truck and boy did he have an experience. Here's some pre-race highlights.
1. Doug DeWall knows a staggering amount of information about both Moonshine and Moonshine reality TV.
2. Evidently Dougs favorite character is named Tickle who learned his trade from another hillbilly named Popcorn. Who knew?
3. Brooke Tatnell tricked Jason DeWall in to searching the pits for an 11Z gear. The 11Z gear does not exist. Brooke was very pleased with his ruse and celebrated by eating an entire package of Starbust in exactly 14.407 seconds so now he holds two track records at Knoxville.
4. GT was on his game and was victorious in the Mule A main defeating his buddy Chad soundly while taunting him afterwards.
5. Joe Freidel did a great job as always, but he was a bit upset that Jason's beard looked manlier than his so Joe will be dousing his beard in rogaine this week.
6. GT's mother and former Knoxville Nationals Queen Amy Tatnell and her lovely daughter Emma joined us and told stories all night. Amy & Jason are both card holding members of the Doug Wolfgang fan club since long before they care to admit, but it was fun to reminisce. Emma will probably do some video stuff for the website if DeWall racing is able to wrap up negotiations with her agent Doug Clark who, as well all know, can be a real stickler.
RACE RESULTS: 8th quick/5th Heat/ Started 9th finished 5th A Feature
We're just off a bit in the early part of shows but seem to get better as the night goes on. Doug is going to skip Moonshiner TV this week to spend extra time in the shop to focus on these issues.
We are very happy when the A feature comes we are pretty darn strong and feel like we're improving. Brooke did a great job all night as usual. He had us up to 4th and made a move for 3rd with an attempt to find a shortcut by circumventing the entire 2nd corner via the pits. Doug was both very impressed and kind of scared for a second but Brooke is amazing and he wrangled the #16 back on track. We ran a solid 5th while identifying areas we can improve on. In short, more top 5's and wins will come but our game plan for the year is being executed very well.
POST RACE - My Race Pass stats can confirm the #16 is 2nd in points at Knoxville right now. But oh boy here's where the story gets interesting. Our truck wouldn't start after the races. Lucky for us the #40 Clint Garner Racing team was around to try and help jump the truck but sadly it didn't work. It did however end with them giving Jason a free beer (cuz what could he really help with in that situation anyways) which is something Jason really wanted us to mention. Pretty sure he's rooting for #40 from now on.
Lucky for us Stacey Grein Glanzer and husband Rich (Rich's Oil) were camping with their RV. We were just gonna tow the truck and trailer out and crash there except....NOPE not that easy. Our new friend Cameron of Mikes Towing got stuck from the incline but Cameron is a pro so he got us out of that bind in no time. Since we were stuck, our buddy, Ian Madsen thought we should have another beer. Jason thought this was a super idea. In the end, Doug and Rich fixed the truck in the morning. We were able to get Ryan home at a decent time. In summation via some of our sponsors here's the lesson learned.
Always have a nice comfortable RV from I-29 RV Supercenter within a mile of your tow rig. You can never be too careful. Use Rich's Oil because it's a great product and he may let you sleep in his RV in a pinch.
If stranded for more than a day, plant some Titan seed from our buddy Phil Neal so you can have food to survive. If you're stranded for a long time, just build a last deck and make the place your home. Use Fast Fred's Head Porting and race fuel but don't tell him Jason drank a Corona and not a Budweiser.
Finally, we are adding Berg Auto Mall and Trucking, Inc. as a new sponsor next week so we're probably gonna buy a truck from them and have it wrapped at Make It Mine Designs you should too!
Most of this is true, some of it isn't but it's all 100% fun
See you at the races next week everyone!
DeWall #16 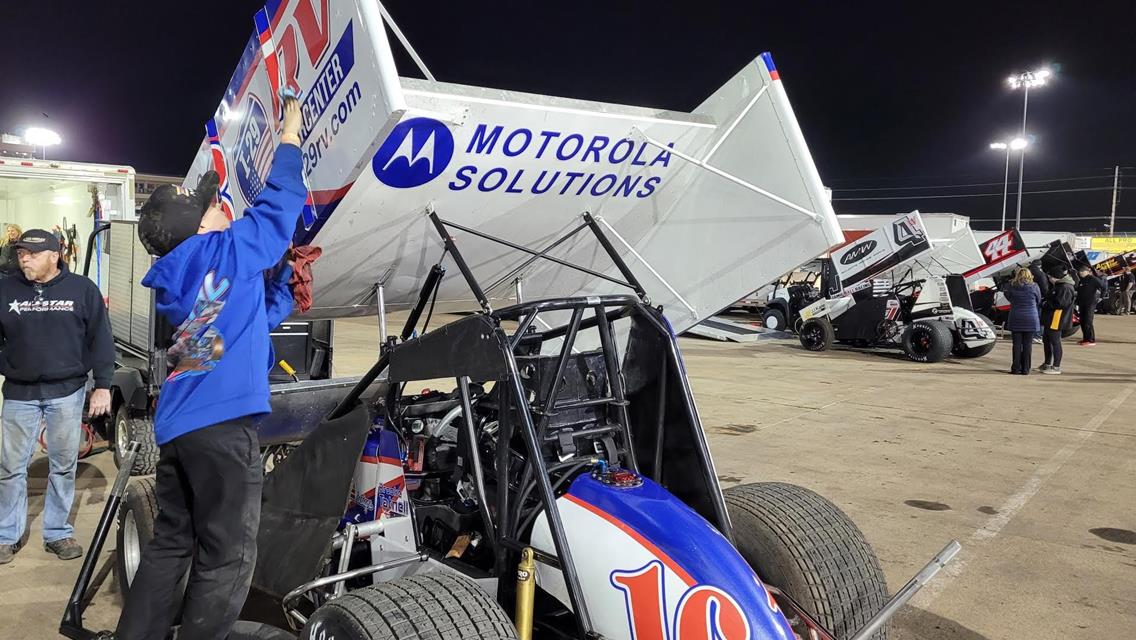 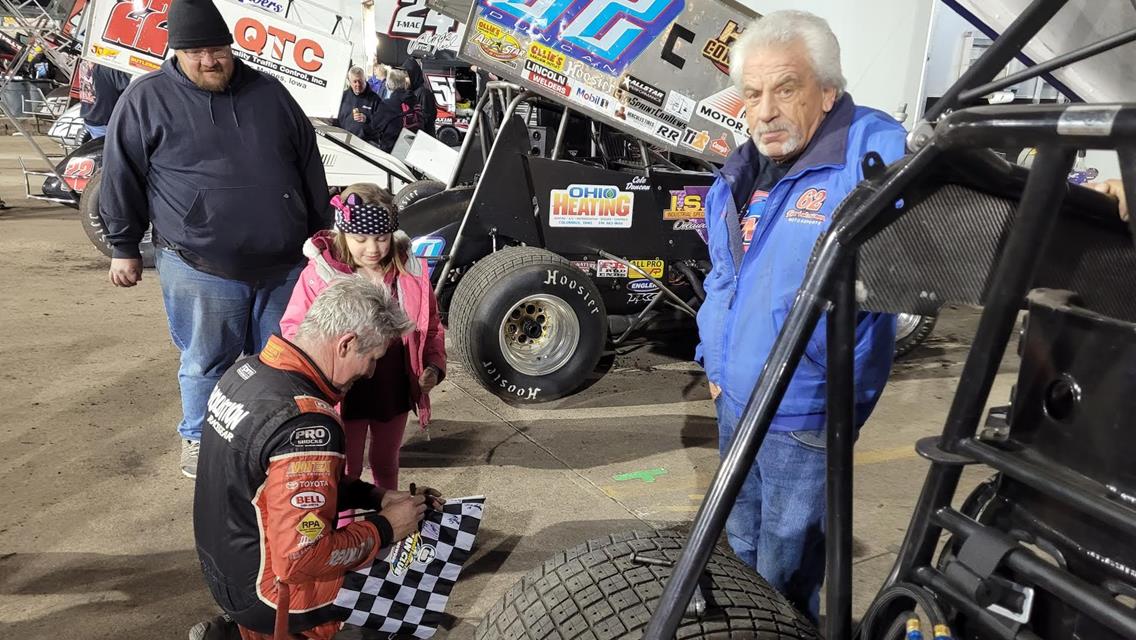 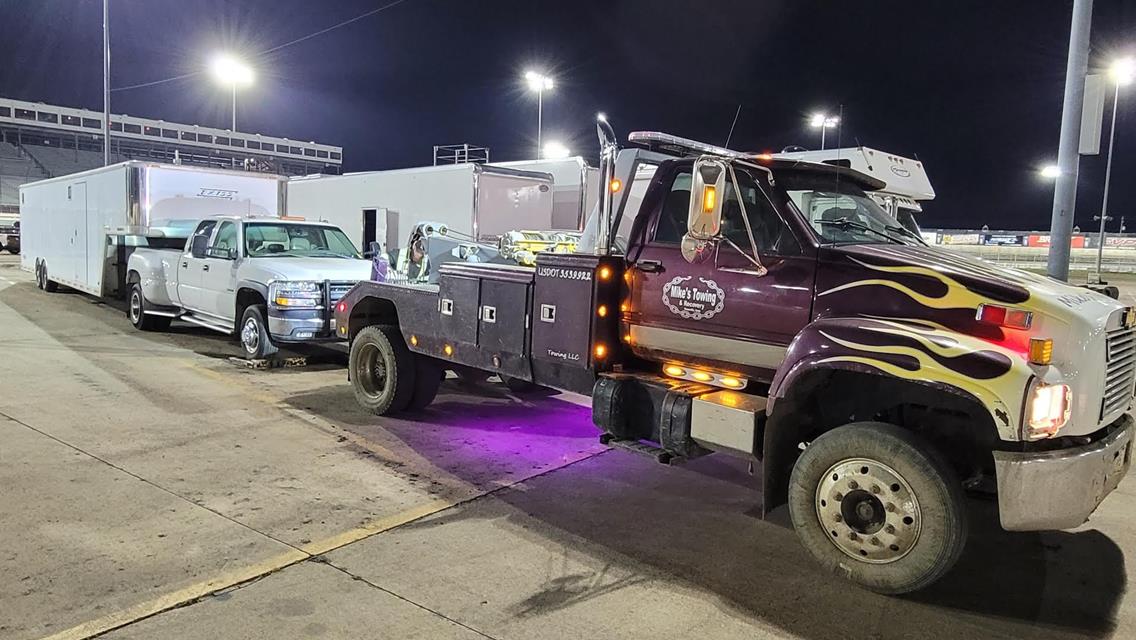 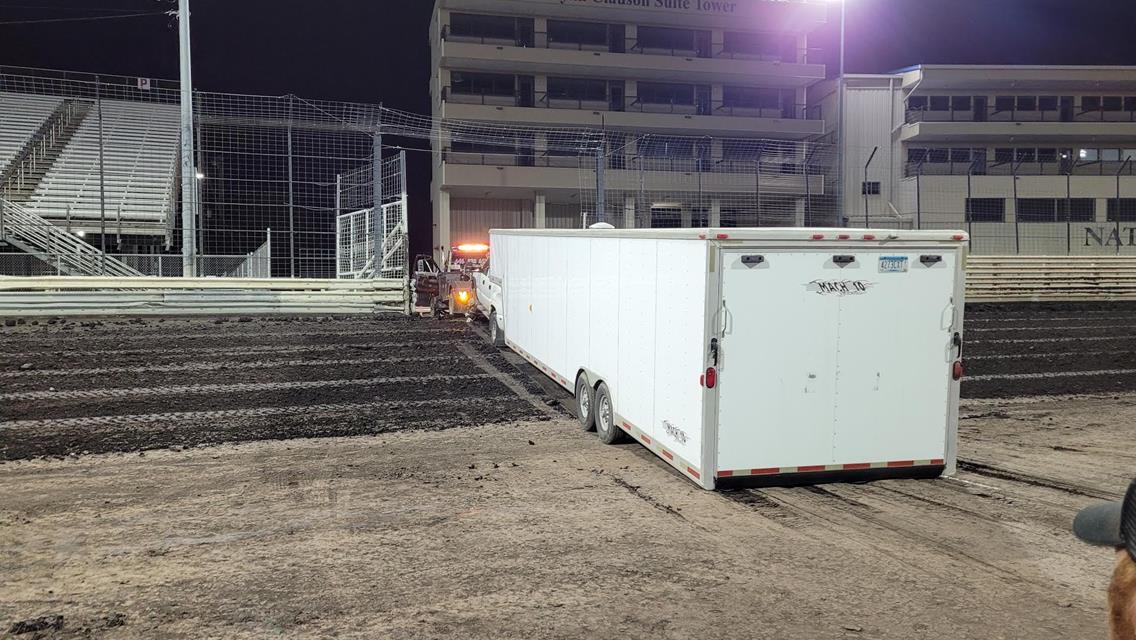