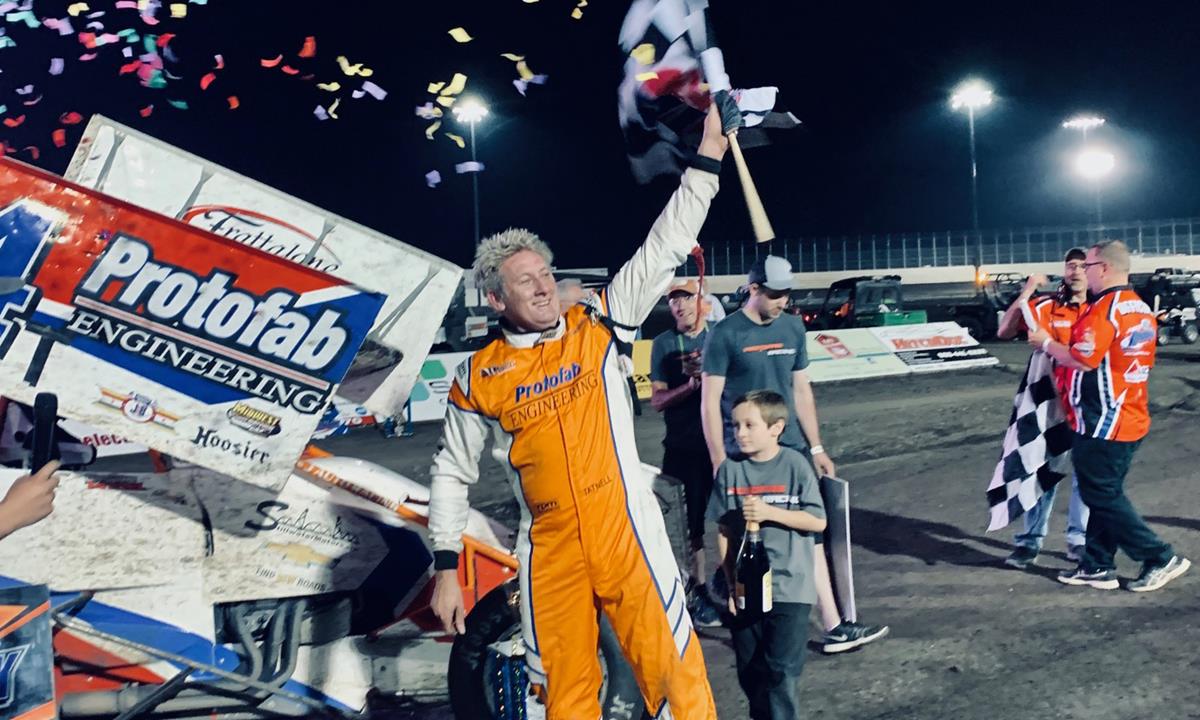 Tatnell captured the DeKalb/Asgrow presents the Midwest Power Series and Midwest Sprint Touring Series main event with a last-lap pass when race leader Thomas Kennedy hit a rut on the bottom of turn two. The incident tossed his car sideways and he dropped to third with Lee Grosz, who led the first handful of laps and defending MSTS champion, capitalizing to score a runner-up result.

Shayle Bade, Grosz, Dover, Eric Lutz and Kennedy each won a heat race on a night when 46 drivers competed for the $3,000-to-win top prize. Austin McCarl and Travis Rilat were the B Main winners.

MSTS returns to action at Jackson Motorplex this Friday night before taking on Rapid Speedway in Rock Rapids, Iowa, on June 14.

The entire MSTS schedule can be found at http://www.msts360.com/schedule/

Inside Line Promotions contributed to this report